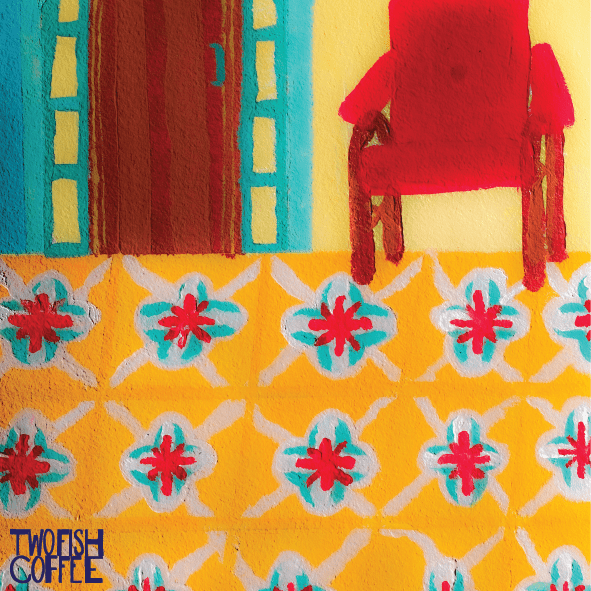 About El Retiro (with thanks to Melbourne Coffee Merchants):

This 100% Chiroso variety micro-lot was produced by John Bermudez Alexander and his family on their 1.5-hectare farm, La Estrella (meaning “star”), in the small community of Urrao, located in the municipality of Caicedo, in the state of Antioquia, Colombia.

Finca La Estrella is located at a staggering 2,000m above sea level, in the rolling green hills surrounding Urrao, a unique coffee producing region in the valley of the Rio Pendarisco. Along with his wife Genny Juliana Tabares and eldest daughter, John does the majority of the work on the farm, only hiring members of the local community to help out during the busy harvest season. This gives the family great oversight on the farming and processing of the coffee, which allows them to be very meticulous and specialty-focused. John has prioritised quality over volume by investing the premiums he makes on the coffee into building and improving infrastructure at their micro-beneficio (wet mill), over planting more trees. The family is determined to grow the farm at a slow and steady pace, without ever sacrificing quality.

John has been growing the Chiroso variety for a couple of years after it was recommended to him by his sister Marbe Luz, who owns a nearby farm with her husband. They were some of the first farmers in the area to recognise the potential of the variety Chiroso. This special variety was initially planted in Urrao as it is well suited to the cooler temperatures of the region and has higher productivity than its alternative, Caturra. It has since been recognised for its unique and complex cup characteristics and is becoming more sought after by specialty buyers. This special variety, coupled with John’s meticulous processing techniques, results in this exceptional micro-lot.

Urrao is a unique and special coffee growing region, located in the valley of Rio Penderisco, at around 1900m above sea level. Unlike other producing regions in Colombia, which are characterised by deep canyons and massive, rugged mountains, Urrao is covered in rolling green hills, calm pastures and beautiful rivers that snake through the landscape. This geography guarantees cool temperatures year-round, typically only reaching between 12-25 degrees. This cool climate is ideal for the slow ripening of coffee cherries, leading to denser beans and a sweeter, more complex cup profile.

Until recently Urrao was overlooked as a coffee-producing region and dismissed by many as being too cold for good production. There is still very little coffee produced in the area, despite it being some of the most fertile land in Antioquia. Many farmers complement the income they make from coffee by growing Lulu, a type of passionfruit that tastes similar to a kiwi fruit and that is incredibly popular in Colombia. Coffee grown in Urrao is slowly becoming recognised and sought after for the high quality and complexity of coffees produced here.

Farms in Urrao are very small – averaging just 1.5 hectares – and are traditionally farmed. Fertilisation occurs around three times a year, usually after manual weeding, and pesticides are rarely used. The coffee is selectively hand-harvested, with most labour being provided by the farmers and their families.

Antioquia is located in central North-Western Colombia. Coffee was introduced to the region in the latter part of the 19thcentury. Since then, this mountainous, fertile department has 128,000 hectares of coffee that is produced by a mix of large estates and tiny farms.

This coffee is sourced by our export partners, Pergamino, who work with over 50 small, independent farmers in and around the town of Urrao. Pergamino has done a lot to help promote commercialisation of specialty coffee throughout Antioquia and have actively been working to source and support coffee producers in regions where there is a high potential for quality, but that historically have not had access to specialty buyers.

During harvest, farmers like John Alexander Bermudez deliver small lots (around 100-150kg) of dried parchment to Pergamino’s warehouse every 2-3 weeks. Upon delivery, a sample of the dried parchment is milled and assessed for physical attributes, including uniformity of size, presence of defects, moisture content and seed to hull ratio. If the coffee passes the physical assessment it is accepted and the farmer receives their first payment for the coffee, calculated by the weight delivered and a base rate related to the physical quality of the parchment.

The coffee is then cupped and assessed for sensory attributes. After being accepted locally the coffees are transported to Pergamino’s QC lab in Medellin, where they are further assessed by an expert team of cuppers. Each lot is carefully evaluated and, based on the cup score and profile, the coffee is sorted into different grades of quality and combined into exportable sized lots. Feedback on each lot is relayed back to the producer and after it has sold a second payment is made to the producer according to premium the coffee attracted. Coffees that are kept separate and sold as individual lots, like this special micro-lot, represent the very highest quality and receive the best premiums.

Each season the team at Pergamino cups through hundreds of small lots from independent farmers, looking for coffees that exhibit excellent cup characteristics and showcase the region where they were produced. John John Alexander Bermudez’s coffee was selected to be processed separately as a micro-lot for its distinct character and high cup quality.

This coffee was selectively hand-harvested, with most labour being provided by John Alexander and his family. The coffee was processed using the washed method at La Estrella’s ‘micro-beneficio’ (mill).

The coffee was then hand pulped and placed into a fermentation tank. Because of the cooler climate in Urrao, producers like John Alexander tend to ferment the coffees for longer than usual and will often blend several days’ worth of pickings over a 3-5 day period. Everyday freshly picked cherry is pulped and added to the mix, which lowers the pH level and – along with the cooler temperatures – allows for an extended fermentation process. This fermentation process contributes to a vibrant, winey acidity in the coffee’s cup profile.

The coffee was then carefully dried (over 10–18 days) on a patio. Once dry, the coffee was delivered to Pergamino’s warehouse, where it was cupped and graded, and then rested in parchment until it was ready for export.