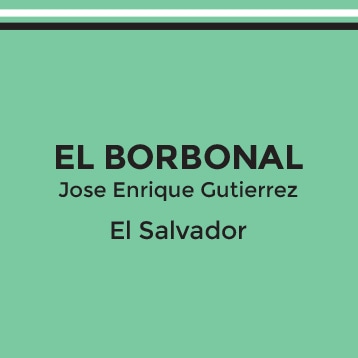 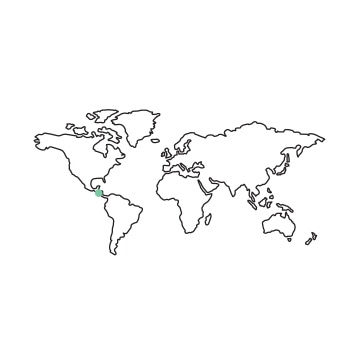 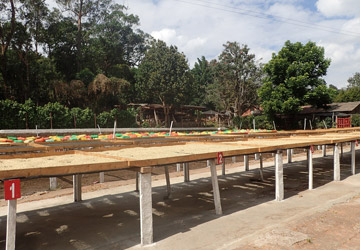 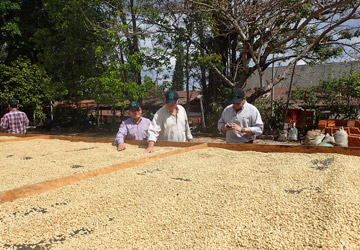 Finca El Borbonal is one of three farms/mills owned and managed by Jose Enrique Gutierrez – a fourth generation coffee producer. The farm itself is very small; only 8 hectares in total, with a mere 4 hectares planted out with coffee.

It comes as no surprise that El Borbonal derives it’s name from the farm’s original plantations which were almost entirely Bourbon coffee. However due to the country’s recent struggles with coffee leaf rust (a fungal infection that Bourbon trees are particularly susceptible to); Jose has undertaken an aggressive renovation program. A program that has seen him re-sow much of the farm’s area to more resistant strains of Honduran Sarchimor (IHCAFE-2004), Hibrido del Norte (a 100% Arabica hybrid and rust resistant varietal that was found in Northeast El Salvador) and Sampacho (a rust resistant variety with high cup quality, very similar to Pache and also found in El Salvador). Having said that, his particular is entirely Bourbon.

Jose has always sought to employ production methods that enable optimal quality, while also ensuring enhanced productivity. All of the seedlings that are planted out are derived from the farm’s strongest and most productive trees – those that are known to produce coffee cherries of highest standard. Likewise the soil undergoes frequent and intensive analysis to ensure that it is able to support the needs of each and every tree. Soil pests and diseases (such as nematodes) are controlled using primarily non-harmful biological controls; and the farm uses only the most essential (and minimal) chemical insecticides.

In keeping with Jose’s meticulous attention to detail, the coffee is harvested and processed with strict attention to detail and concern for quality every step of the way. Only perfectly ripe cherries are picked, after which they are hand-sorted again to remove any discoloured or damaged cherries before they are delivered to the wet mill at nearby Finca El Carmen, some 20 minutes away. El Carmen has the capacity to process coffees using the natural, honey and fully washed methods. This lot has been depulped and then fermented for between 6 to 12 hours before being fully washed and delivered to dry on African (raised) beds.