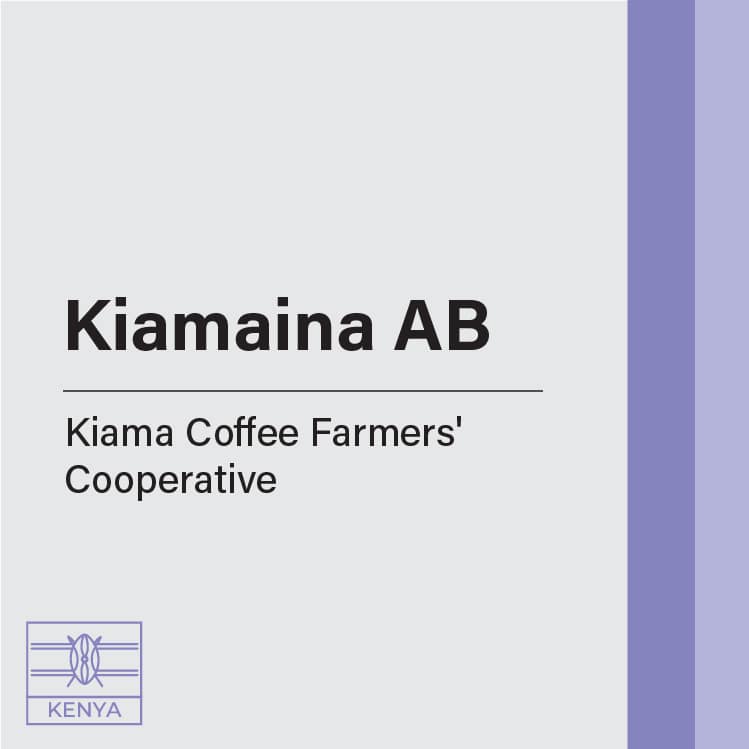 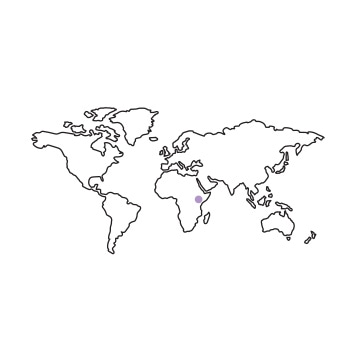 About Kiamaina AB (with thanks to Melbourne Coffee Merchants)

Kiamaina is a washing station (or factory, as they are called in Kenya), established in 1974 and located in Nyeri County in the Karatina Municipality. It is one of four active washing stations – along with its sisters Guchuiro, Ichuga and Kiangungo – owned by the Kiama Coffee Farmers’ Cooperative Society (FCS). Kiama is made up of over 2,100 producers who farm in Kenya’s central highlands.Kiamaina receives coffee cherries from about 386 of the cooperative’s members who grow coffee trees on nearby farms, located between 1750-1850 meters above sea level. The factory is managed by Purity Wanjiku Muriuki – the first female factory manager in Kiama FCS – who oversees the collection and careful processing of the coffee cherries. Besides Purity, Kiamaina employs five permanent staff members and an additional five or six workers during the season.ABOUT NYERINyeri County is part of Kenya’s former Central Province, which was dissolved in 2013. The area includes Murang’a, Nyeri, Kirinyaga, Kiambu and Nyandarua Counties, and is traditionally the homeland of people of Kikiyu ethnicity. The central highlands of Kenya are considered to be one of the wealthiest areas of the country, due to the incredibly fertile land, geographical proximity to the capital, Nairobi, and close integration with the country’s colonial administration before Kenya gained independence in 1962. This integration afforded the communities of Central Kenya with opportunities for education, business and political prowess, despite the various injustices of the colonial government. The Kikiyu people have a long and proud history of agriculture and the region is farmed intensively, with coffee, tea and dairy being the most important modern crops.

The coffees in this lot are grown in the foothills of the extinct volcano, Mt Kenya, in an area defined by its bright red, nutrient-rich, volcanic soil, high elevations and cool climate, all of which contribute to the outstanding quality of coffees produced here. Most farmers in Nyeri are smallholder cooperative members – with farm size averaging just one hectare – and grow coffee as a cash crop alongside food crops like banana, maize, macadamia, avocados and vegetables. Tea and dairy are also important sources of income for the producers. Once harvested, coffee cherries are delivered to a centralised factory where they are processed and dried, ahead of being transported to Nairobi for sale (either directly or through the auction system).

Many of the producers in the region are second-generation landholders, whose parents would have purchased and planted the land. Most coffee farms in Nyeri were planted in the 1950s, after agricultural reform allowed for small Kenyan farmers to produce cash crops on their family farms (instead of only on large, British owned estates). At that time, it was recommended to plant SL-28 and SL-34, which remain the predominant varieties found in the area and make up about 95% of this lot. Both cultivars have Bourbon and Moka heritage and are named after the laboratory that promoted their wider distribution in Kenya during the early 20th Century: Scott Laboratories. This lot also contains around 5% of the hybrid variety Ruiru 11, which was cultivated as a more robust variety with better resistance to Coffee Berry Disease and Coffee Leaf Rust. Ruiru 11 has been backcrossed with SL-28 and SL-34 to ensure a high cup quality.

Kiama FCS was formed in 2005 when two existing cooperatives merged into one. Most of their 2,100 farmer members inherited their farms from their parents who were members of those cooperatives. Kiama now owns five washing stations, one of which – Inwagi – functions solely as a collection point. Kiama FCS supports its farmer members by offering pre-harvest financing, allowing them to plan and invest in the upcoming crop. They also buy inputs in bulk and distribute them to members at a lower cost than otherwise possible.

Kiama has six members on its board, which is currently overseen by Chairman Charles Nolamburi Ngure and Senior Manager Iddah Rose Wangui Kigathi. Board members must be active farmers and are re-elected every three years, to avoid corruption. The cooperative employs 23 permanent staff members, who work out of their office in Nyeri town, some 150km north of Nairobi.

Kiama FCS have employed Sucastainability as their marketing agent for three years. Chairman Ngure values Sucastainability’s services for their on the ground approach to improving productivity and quality through training and education programs. Beyond this, Sucastainability connects Kiama FCS to specialty-focused buyers (like MCM) that will pay high premiums for exceptional quality.

This coffee was sourced through Sucastainability, who act as a marketing agent for Kiama FCS. The cooperative receives assistance from Sucastainability to maximise the potential and profitability of their coffees, both through training and education programs that improve the productivity and quality of the coffees and in the marketing and sale of those coffees. Sucastainability’s objective is to ensure sustained industry growth by establishing transparent and trust-based relationships with small-holder producers. By training farmers on improving yield and quality, Sucastainability helps to improve the premiums that their coffees are sold for, which ultimately has a positive impact on the quality of life for coffee-producing communities.

Sucastainability was established in 2014 and has grown quickly to be the third-largest marketing agent in Kenya in 2020. The team currently works with over 1000 independent farmers and about 70 cooperatives across all coffee-producing regions of Kenya. The agency is managed by Wycliffe Odhiambo Murwayi (pictured above) who has over twenty years of experience working in the Kenyan coffee industry. His team of agronomists is headed up by Lucy Wanjiku Njoroge (also pictured) and they have a representative in each of the six coffee growing regions in Kenya. Lucy and her team provide training seminars for the smallholders focused on sharing best agricultural practices, with advice and resources to help improve yields and quality. These sessions are extremely well attended and have had a positive impact on coffee quality from Kiamaina, as farmers emerge from the training sessions with a better understanding of the impact that fertilisation, pruning, and quality-driven harvest techniques have on the prices their coffee receives at auction and with direct buyers.

The coffee is then placed in a receiving tank and pulped using a four-disc pulping machine to remove the skin and fruit from the inner parchment layer that protects the green coffee bean. After being pulped, the coffee is sorted by weight using water, with the highest quality and densest beans being separated out from the lighter, lower-quality beans.

The coffee is then dry fermented for 20–24 hours, to break down the sugars and remove the mucilage (sticky fruit covering) from the outside of the beans. Whilst the coffee is fermenting it is checked intermittently and when it is ready it is rinsed and removed from the tanks and placed in a washing channel.

The parchment-covered coffee is then washed with fresh water from a nearby dam and sent through water channels for grading by weight. The heavier coffee, which sinks, is considered the higher quality, sweeter coffee, and any lighter density or lower grade coffee beans are removed. The beans are then sent to soaking tanks where they sit underwater for a further 48 hours. This process increases the proteins and amino acids, which in turn heightens the complexity of the acidity.

After soaking, the coffee is pumped onto deep drying beds where they drain for 1-2 hours, before being transferred to raised drying tables (also known as African beds). As they dry the parchment is turned constantly to ensure even drying, and so that any defective beans can be identified removed. Time on the drying tables depends on the weather, ambient temperature and processing volume: taking anywhere from one to three weeks to get to the target moisture of 11–12%. After drying the coffee is moved to conditioning beds, where it rests in parchment for about a month. This resting period helps to stabilise water activity and contributes to long-lasting quality and vibrancy in the cup.

This coffee is AB grade. This grade is easily defined by size (in this case, AB means that the beans are screen size 15 and above) and to a certain extent, quality. While it is assumed that AA lots represent the highest quality, we have often found AB and PB lots to be as good, if not better.