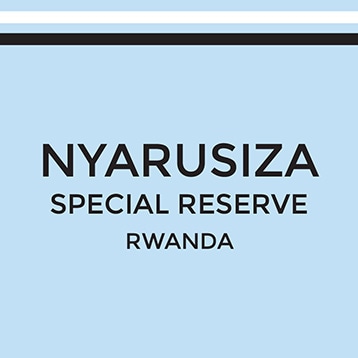 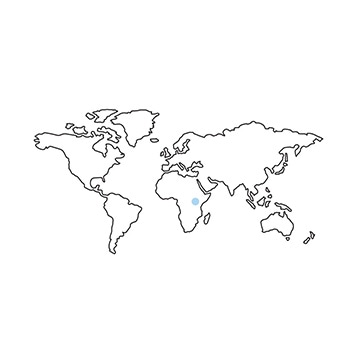 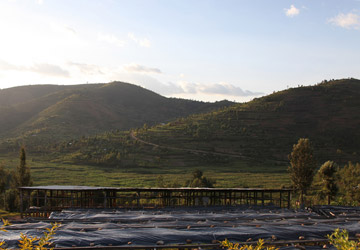 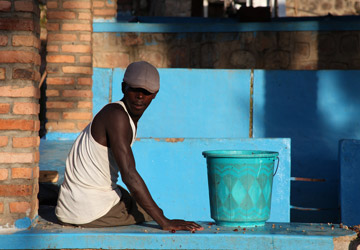 About Nyarusiza Special Reserve (with thanks to Melbourne Coffee Merchants):

This extremely special 5 bag micro-lot is a small experimental lot produced by Sam Muhirwa, who is one of the owners of Buf Coffee. Sam is extremely passionate about quality, and is curious, open, and committed to finding new and creative ways to produce exceptional coffee. This coffee is again an example of Buf Cafe’s commitment to progression, innovation and quality.

Edouine Mugisha has overseen the washing station’s operations since 2011. With the support and help of an incredible woman called Angelique Muhawenimana (who oversees quality control at both of Buf Coffee’s two washing stations) she works closely with the farmers who drop off their cherries and the coffee sorters to ensure that the coffee is harvested and processed with care and that production standards are kept at the highest possible level. In 2016, 60–80 seasonal workers were employed during the harvest, with eight permanent workers employed year-round. At the end of each season, Buf Coffee shares any surplus profits with the producers with whom it works, as well as the washing station managers.

The majority of the small farmers that supply Buf Coffee in the area have an average of only 300 coffee trees each (less than a quarter of a hectare), and also use their land to cultivate crops like maize and beans to feed themselves and their families. Most of their income from the sale of coffee is used to send their children to school, pay for medical care, and for investment in livestock such as purchasing a cow for milk, which is then used at home and for sale locally.

HOW THE NYARUSIZA SPECIAL RESERVE IS PROCESSED